This work is performed annually on the anniversary of my arrival to Australia. Each year, I collect a series of objects to put in my bag of ‘colonial dreams’. Some of the things are my previous imaginations of the world I was entering, how I interact with them felt like how people imagined me to be. Other objects were things when I understood their weight.

They each represent distinct traumatic incidents that form my memories of racial trauma, migrant debt and migrant guilt. Each year I have this conversation between my migrant and assimilated self. I activate various public spaces around Warrung/Sydney to reclaim significant sites that shape the way trauma (de)constructs my identity. The residues from performing become a ten year-long memoir. 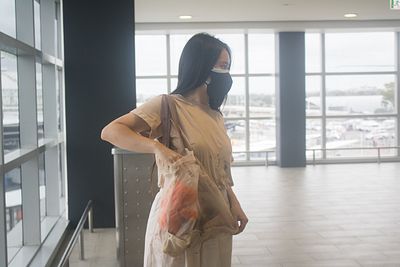